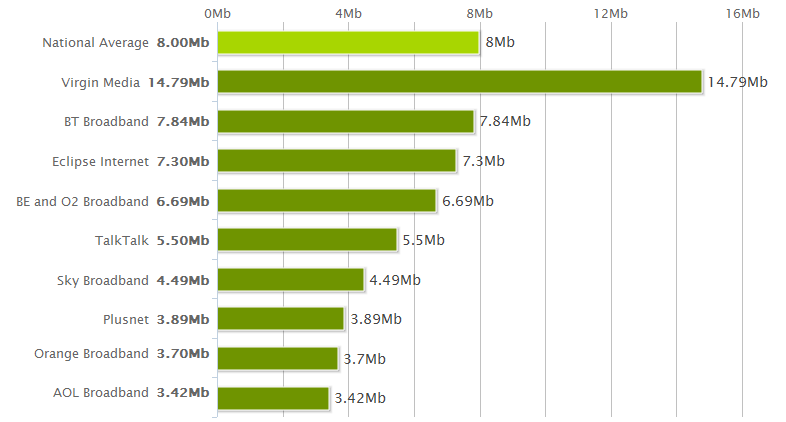 September 2011 saw average download speeds recorded by users of our Broadband Speed Test remain stable compared to August's result with a drop of only 0.06Mb down to 8Mb. Average upload speed also remained stable with a 0.05Mb gain to 1.26Mb.

Despite the stable overall result, individual ISPs saw significant changes. Virgin Media's average download speed again dropped after gains in July, now averaging 14.79Mb, but FttC providers BT Broadband and Eclipse saw gains in their average speeds, up to 7.84Mb and 7.3Mb respectively, presumably due to the continued rollout of Fibre to the Cabinet to new telephone exchanges allowing more customers to switch from up to 20Mb ADSL services to the faster BT Infinity and Eclipse Fibre services.

The best performing non-fibre-based provider was BE and O2 (who share a common infrastructure) who took 4th place with 6.69Mb average download speed over its Local Loop Unbundled ADSL2+ service.