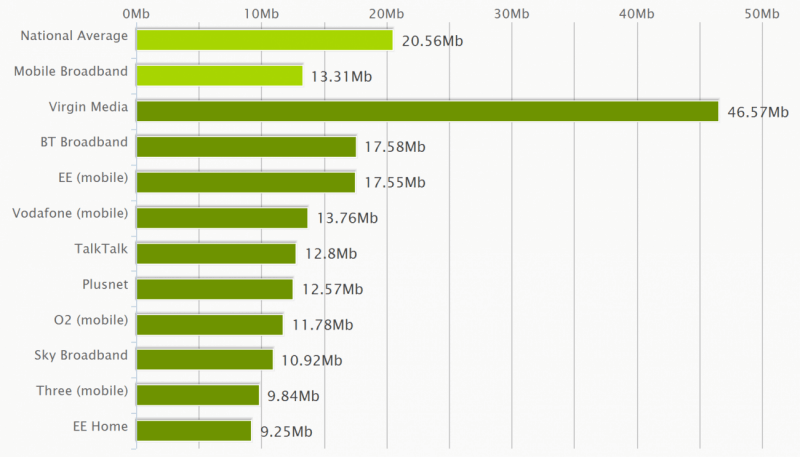 December 2015 saw average download speeds for fixed line providers recorded by users of our broadband speed test remain stable in comparison to the results from November, coming in at 20.56Mb. Average upload speeds saw a 0.15Mb drop to 3.68Mb.