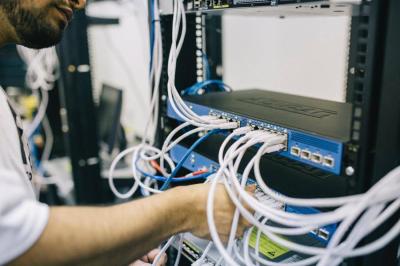 A new voluntary code introduced by Ofcom goes into effect today. This scheme means that the broadband providers who have signed up will have to reimburse customers in the event of their broadband or landline phone service being down for longer than two days. Here's what you need to know.

The compensation you can expect

Homes and small to medium businesses who choose to use residential broadband are eligible for compensation on this scheme, and you should only need to report the fault for compensation to be paid out automatically.

To qualify for compensation, faults must not be of your own making (for example, your problem is down to your own wiring and equipment, you shove a spade through a vital cable on your property, or you're not at home for an engineer visit). You're also due compensation in the event of extreme weather causing problems and third-party incidents that contribute to the delay of repairs.

Originally BT, Sky, TalkTalk, Virgin Media and Zen signed up to the agreement back when it was proposed in 2017. Since then EE, Hyperoptic, Plusnet and Vodafone have also signed up, accounting for more than 95% of broadband and landline customers in the UK. While most of these providers will be participating in this scheme from today, Hyperoptic and Vodafone will start automatic compensation later this year, and EE should be ready to do so next year.