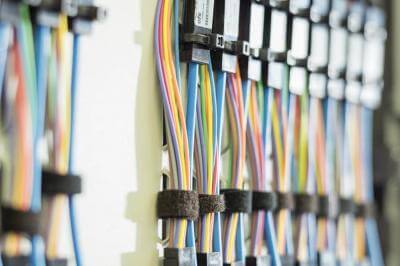 UK broadband is getting faster. The average download speeds broadband-using Brits are getting has risen by a quarter over the last year, while more than one in five of us can now access a full fibre connection.

Those are the big findings in new research from Ofcom, which also shows that gigabit-capable broadband is now available across well over a third of the country - and it has grown by nearly 40% in just three months.

The spring update to the industry watchdog's Connected Nations study has shown how rapidly the UK's ultrafast broadband infrastructure is developing.

As of January this year, nearly 11 million homes - some 37% - were able to access a gigabit-capable service. That's up from 7.9 million last September. This change was driven largely by a major upgrade to Virgin Media's cable network, which brought these faster speeds to an extra 2.8 million homes.

Full fibre coverage is now up to 21% - nearly six million homes - with the growth coming from the larger infrastructure operators such as the BT-owned Openreach, as well as smaller, more targeted local providers like Gigaclear and TrueSpeed.

The picture is also improving for people outside of these coverage areas. Ultrafast broadband, which Ofcom define as having download speeds above 300Mb, is now available to 17.7 million homes (61%), while 96% of the country is able to get an internet connection of at least 30Mb.

However, there are still some areas that are poorly served, with 650,000 homes unable to get a fixed line internet connection with download speeds of at least 10Mb. That's a little over two percent overall, with Northern Ireland having the highest proportion of underserved homes. Some of these homes may have access to alternative broadband services.

In separate research, Ofcom also found that the average download speed users of fixed home broadband were getting in November 2020 was 80Mb - a massive increase of 25% compared to the year before. Upload speeds - essential for gaming, video calling and working from home - fared even better, rising by over 50% to an average 21.6Mb. The changes were largely the result of increased availability of ultrafast broadband packages, and happened in spite of the lockdown that caused a massive spike in the amount of bandwidth we all used.

The Government's aim is to roll out gigabit-capable broadband nationwide over the next few years. BT recently confirmed their intention to invest £12 billion into the plan, while the Government also announced the first part of their spending to cover harder to reach rural areas.

Are you ready to upgrade to a faster internet service? Our postcode checker will show you if gigabit-capable broadband is available where you live. Just enter your details and we'll take care of the rest!